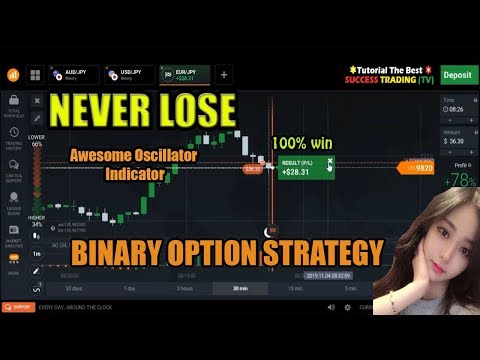 [TUTORIAL] How to use Multi-Monitors with Hybrid Graphics Card Intel-Nvidia in notebooks (tried with: Asus Rog Strix G531-GT) - DEBIAN BUSTER

Hello guys! I`m going to do this tutorial because i tried to use multi-monitor in my laptop for a long time and that was a big problem for my case.
This tutorial is for people who have a hybrid graphics card and bumblebee in debian.
My case:
- Rog Strix G531-GT (notebook)
- Intel® UHD Graphics 630
- GTX 1650
​
So, to it work, first you need to install all the NVIDIA drivers and get it working with the optirun command.
In my case i tried stable nvidia drivers which was Version 418.152, but it have some bugs after install when i tried to configure the xorg.conf file, which when start says something about missing device "mouse0". I reinstall all the debian and tried to use the backports, which have the Version 440.100 (via buster-backports) of nvidia drivers, and it installed well.
#ONLY USE BACKPORTS OR ONLY USE STABLE, DO NOT USE BOTH!
FIRST, VERY IMPORTANT: You should check which driver is okay for you, maybe trying one, if that is good and u dont see "bugs" when trying to configure, use it... In my case 418.152 give me a lot of bugs... i tried 440.100 and it worked ok. If you are using backports, try to download everything at the BACKPORTS, and not the STABLE one! If u are using the STABLE one, continues using the STABLE
To do it, first add the backport repository to /etc/apt/sources.list, which actually is
deb http://deb.debian.org/debian buster-backports main contrib non-free
deb-src http://deb.debian.org/debian buster-backports main contrib non-free
​
After that, to install linux headers and nvidia-driver do:
- apt update
- apt install -t buster-backports linux-headers-amd64
- apt install -t buster-backports nvidia-driver
​
​
Reboot and after that u already have the nvidia-drivers installed, BUT not working because the system dont use the nvidia driver by default. Next step is installation of two packages: bumblebee-nvidia and primus. So now you need to install bumblebee:
- apt install -t buster-backports bumblebee-nvidia primus
- apt install -t buster-backports mesa-utils \you will need the) mesa-utils too for some commands
I didnt need permissions to use the bumblebee commands, but if you need, follow that Post-installation
​
​
You may need to blacklist the nouveau drivers, because we are using the nvidia proprietary drivers. To do it, run:
- $ sudo bash -c "echo blacklist nouveau > /etc/modprobe.d/blacklist-nvidia-nouveau.conf"
- $ sudo bash -c "echo options nouveau modeset=0 >> /etc/modprobe.d/blacklist-nvidia-nouveau.conf"
then run
- $ cat /etc/modprobe.d/blacklist-nvidia-nouveau.conf
And the output should be like that:
blacklist nouveau
options nouveau modeset=0
The nouveau drivers are blacklisted successfully!
​
​
Now we have a lot of configurations to do.
The next thing to do is go to /etc/bumblebee/bumblebee.conf and open with nano.
add - Driver=nvidia
it should looks like:
​
After that, go to /etc/bumblebee/xorg.conf.nouveau and open with nano.
add - BusID "
submitted by MrMineToons to debian [link] [comments]

Let me tell you about Doomwood 3: Legacy of Darkness

Making a super low cost trainer/dev kit. What do you wish you had in the kits/trainers you used to learn electronics?

I have data which is a mix of continuous variables and ordinal/categorical variables which I have created dummies for. I have tried to fit a logistic regression model to do binary or multiclass one vs rest classification. However the accuracy isn't great (not entirely unexpected) so now I am wondering where to go from here:
Thanks!

Hi all, I hope someone would be able to shed some light on my analysis that I’m doing for my masters thesis project. I have to analyze pre-existing survey data to determine if there’s an association between child maltreatment & Life satisfaction. (This is a long one, I’m sorry in advance)
As covid is going on, I’m not able to get prof help in person so I’ve been really struggling and any help is much appreciated!
My exposure variable is child maltreatment and composes 6 questions, of which the possible response options are: 1-5 (never, 1 or 2 times, 3 to 5 times, 6 to 10 times, 10+ times). I want to transform this variable into a binary variable of “ever abused -yes/no” as well as collate into a joint variable, so the scores will go from 6 (never abused for all 6 items) to 30 (abused 10+ times for all items). The dependent variable is life satisfaction measured on a scale of 1-10 and it has been condensed into a scale of 5 categories, from “very satisfied” to “very dissatisfied”. I’ve been using this grouped 5-category life satisfaction variable as the dependent variable in all my analyses so far, is this appropriate ? I’m confused how these analyses are actually accounting for each category of the dependent variable ?
My main question is regarding the analysis. I wanted to do a multiple linear regression but the dependent variable (life satisfaction) is not normally distributed so I feel I’m not able to do it that way. My second option is to do an ordinal regression and I’ve been testing the assumptions but can’t seem to understand how to test for assumption 4(proportional odds). I’m trying to do a binary logistic regression as some posts say online but the values that are computed for df and the -log (logit) values are so large they just can’t be right. Is the ordinal regression the appropriate analysis to use? And if so when I am checking assumptions Do I NOT have to clarify which variables I’m using as my confounders/interaction variables and which is my independent variable ?
Also, should I be using the newly computed independent variables (the 6-30 count variable& the binary yes/no abused variable) ? Or the 6 individual items that pertain to each question on abuse? And if so am I able to include all of these in the same model? All of my confounders/interaction terms I’m using are categorical variables with at least 2 categories, and at most 14 categories (age has been collapsed into 14 categories including 5 ages in each group, i.e., 15-19,20-24,25-29).
When I checked for multicollinearity, I was told to do a linear regression and include all terms; the categorical variables as their dummy variables (so to include the 3 dummy variables coded for a variable that had initially 4 categories) and if the VIF was larger than 10 then to not include that variable. Is this correct? SPSS ended up showing 6 different variables with VIF values much larger than 10 for several of the categories for each variable so does that mean I just take them out at this step and not even include them in the actual ordinal regression? Two of the problematic variables were two of the items on abuse, so when I removed one from the analysis then the other’s VIF value significantly dropped below 10. So in this case would I modify the joint 6-30 count variable on abuse to only be 5-25?
I’m so sorry for all the questions, I know this is such a ramble but if anyone has any experience with ordinal regression in SPSS and is willing to spare a few mins to speak with me I would be forever grateful! Thank you in advance!

The name of my python script is kled.py
This is the message I used to create it:
Here is the error message I get when I execute the terminal file located in dist(a folder called kled)(executable terminal file called kled)
​
When I double click the application it has created it appears to open in my dock, and then goes away, nothing actually opens.
​
Here are the resources I've already looked at but didn't find success from:
https://github.com/pyinstallepyinstalleissues/2150
- I don't understand the solution they found. The two people troubleshooting didn't explain the steps they were taking so I couldn't follow.
https://github.com/pyinstallepyinstalleissues/3499
- This is where I got the idea to change my spec files, because in his pyinstaller command it seems like he has a specific spec file he was trying to use.
https://pyinstaller.readthedocs.io/en/stable/spec-files.html
- I thought maybe I could edit my spec file to include the modules or python version it might be missing, but no other results told me how to properly set up my spec file to do this. I was originally trying to use py2app and if any of you know it, you will know that setup.py basically lets you hand pick all the files and stuff you need. Unfortunately py2app has a huge amount of issues in general so I decided my error wasn't going to get fixed, but pyinstaller seems to have some experts so maybe you guys can help.
https://stackoverflow.com/questions/60678697/error-loading-python-lib-with-pyinstaller-on-macos
- went through the steps and it just didn't work for me. Same outcome where the application doesn't work and the executable terminal file called kled says that it had an Error loading python lib.
​
RESOURCES YOU MIGHT NEED (idk I'm just guessing but here is some stuff)
my kled.spec file:
​
Python version:
Python 3.8.2
​
Modules I am trying to use:
pygame time random sys os pickle
​
MacOS version:
macOS Catalina
Version 10.15.4
​
My warn-kled.txt file:

With the end of November in sight, it’s time to check out MAME 0.216! We’ve addressed the reported issues with last month’s bgfx update, and made a whole lot of little improvements to MAME’s internal user interface. In particular, setting up controls should be easier, and several issues affecting macOS users with non-English number format settings have been fixed. Some of the issues caused bad settings to be written to INI files. If you still don’t see the filter list panel on the system selection menu, try removing the ui.ini file.
This month, we’re able to present two unreleased 1970s prototypes from Italian developer Model Racing: their internal code names are Cane and Orbite. With the assistance of former Model Racing employees, the source code was extracted from the original disks. These games are incomplete, but they provide a unique look into early CPU-based arcade development. Game & Watch titles continue to be emulated, with the addition of Mario The Juggler, and the panorama screen Mickey Mouse and Donkey Kong Circus games in this release.
This release brings GameKing emulation to MAME. The system-on-a-chip used in this low-cost, low-resolution hand-held console from the early 2000s has been identified and emulated. Games for the colour-screen GameKing III are also playable. Acorn BBC Micro emulation has been re-worked to support internal expansion boards, and a number of additional peripherals are now available. ZX Spectrum emulation has been enhanced with better open bus read behaviour and support for two Miles Gordon Technology peripherals.
Of course, these are just the highlights. You can get the source and Windows binary packages from the download page.

Binary numbers are base 2 numbers, and have only two values – 0 and 1. If we look at a binary number like 101, then we can again assign column values as we did with our decimal number, but this time we use 2, and not 10 as the base. So binary 101 binary has 1 in the units column,0 in the 2s column and 1 in the 4s column. Binary options basics are helpful to understand how they work. You do not need any binary trading for dummies pdf to understand it. Beginners guide to binary options trading. This is a short and simple binary options tutorial.They are easy to understand.This is why they are growing fast.They are easy for the beginners. Binary Options Trading for Dummies. Posted on June 20, 2017 by admin. Binary Options Trading is an interesting and novel method in financial markets. It has the term binary in it because as a trader, you are left with only two options in binary trading. Though as this may seem like a risky business, it’s predictable and with a certain amount ... Binary options demo accounts are the best way to try both binary options trading, and specific brokers’ software and platforms – without needing to risk any money. You can get demo accounts at more than one broker, try them out and only deposit real money at the one you find best. Binary Options for Dummies? Without assets to trade the binary options market would not exist. Imagine a marketplace without a market. This wouldn’t make any sense. However, there are dozens of assets to trade on a daily basis. With binary options, you can trade all of the major currency pairs, stocks, indices, and commodities.